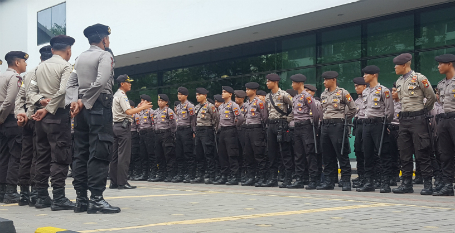 Indonesian police officer going to court, alleging he was fired for being gay

The Indonesian police officer alleges he was fired because he is gay and is now taking the police force to court - a rare court case in a country with dwindling rights for the LGBT Community.

Known as Brigadier TT, local media reports the 30-year-old was dishonorably discharged due to his sexuality in 2017. He is now taking the Central Java force to court over the dismissal.  In 2017, police reportedly arrested Brigadier TT under suspicion of extortion - but during the interrogation, he was instead questioned about his sexual orientation, which was deemed ‘deviant’.

Homosexuality is not illegal in Indonesia, except for in one state with Sharia law. However, since 2016, Islamic fundamentalism has fueled anti-LGBT policies and rhetoric from the country’s leaders.