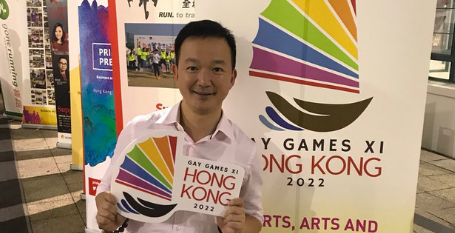 Hong Kong’s only openly gay lawmaker, Ray Chan, is leading some of the city’s largest protests since it was handed back to China in 1997. Thousands of protesters were met with tear gas and rubber bullets as they surrounded Hong Kong’s Legislative Council building on Wednesday (12 June), postponing discussions of a controversial extradition bill.

The law under discussion would let authorities remove people accused of a crime to countries without a formal extradition agreement, including to Mainland China. Critics, including Chan, say it would infringe freedom and autonomy in the special administrative region (SAR) of China.