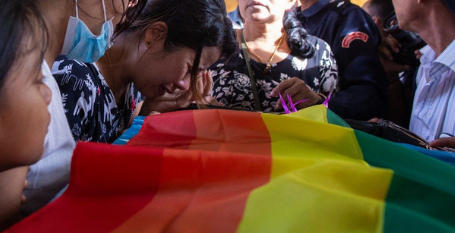 Kyaw Zin Win, who was 26 and from Myanmar, died by suicide after sharing details of anti-gay bullying.

The National Human Rights Commission of Myanmar will investigate the death. The 26-year-old librarian at the Myanmar Imperial University shared details of homophobic bullying from colleagues in a Facebook post, before taking his own life last Sunday. Kyaw Zin Win wrote that Myanmar was ‘a country which mocks the existence and identity of an individual being’. Gay sex is illegal in the Southeast Asian country under a British colonial-era penal code and LGBT citizens face widespread stigma and discrimination in all aspects of life.

On Thursday (27 June), Yu Lwin Aung from Myanmar’s National Human Rights Commission told AFP that the Commission would speak to family members and the university’s management. ‘This case highlights the gaps in the law’ she said. LGBT rights groups and other human rights defenders have called on Myanmar to repeal its anti-gay law. They also called on the government to protect LGBT people with anti-discrimination legislation.