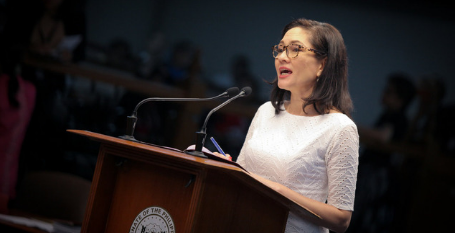 Lawmaker stresses that a much-awaited discrimination bill would not legalise same-sex marriage in hopes that it might finally pass Congress.

A Philippine senator has renewed efforts to ban LGBT discrimination in the country. A bill, which would outlaw discrimination based on sexual orientation and gender identity and expression (SOGIE), has become one of the slowest-moving bills in the country’s history. Senator Risa Hontiveros filed the bill in 2016 - and lawmakers and rights activist originally drafted the law nearly 20 years ago! The House of Representatives passed the bill in 2017 with unanimous support from 198 lawmakers. This version would penalise discriminatory acts with a fine between US$2,000 and US$10,000 or imprisonment between one and six years. However, conservative lawmakers, including anti-LGBT boxer Manny Pacquiao, have stalled it in the Senate and it once again floundered in last month’s session of Congress.