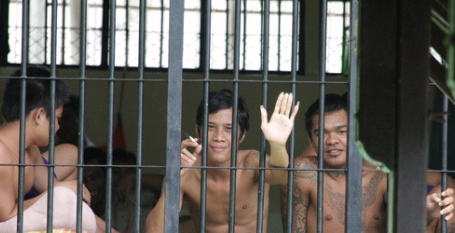 The prison chief announced the plan after another official said overcrowded prisons were turning people gay.

The Indonesia prison chief plans to isolate LGBT prisoners to avoid ’transmission’, local media reported Thursday (11 July).
‘If sexual deviations are found in either male inmates or female inmates, the first step taken will be to separate LGBT prisoners from normal inmates by placing them in isolation rooms’ director-general of corrections Ade Kusmanto said, according to Detik.
‘This step will be taken so that there is no transmission of sexual disorientation to other inmates’ he said.
A prison official earlier this week said prison overcrowding will result in ‘homosexuals and lesbians.’
He also claimed inmates have been doing ‘deviant’ acts to one another.
A large number of people in Indonesia, where LGBT rights are in decline, see homosexuality as a disease that can be transmitted between people.
They also believe dangerous conversion therapy can ‘cure’ people.