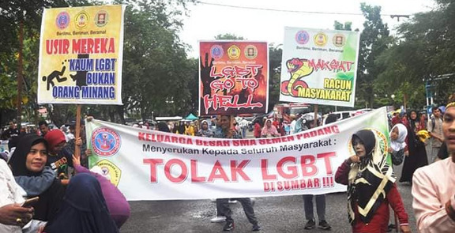 The Indonesian city of Depok with nearly two million inhabitants is planning an anti-LGBT law.

The City Council of Depok, not far from the capital Jakarta, is following other regions legislating against LGBT people amid nationwide anti-LGBT hysteria. Homosexuality is not currently illegal in most of the country but in some areas, it is illegal under Sharia Law. City Council member and opposition party politician Hamzah told local media all parties in the city supported the draft law, the exact details of which remain unclear. Hamzah told the news site saura.com the regulations were based on philosophical and sociological concerns.

‘So it seems to continue’ renowned Indonesian LGBT rights activist Dede Oetomo said of the backsliding in LGBT rights. ‘At the moment I don’t see anything that could stop it’ he told Gay Star News, the LGBT news and editorial site.