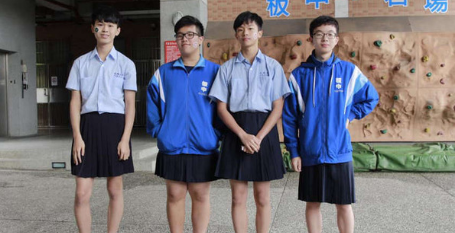 A high school in Taiwan’s capital has become the first in the country to officially allow boys to wear skirts. After democratic consultations and a week-long trial, Banqiao Senior High School will implement the new uniform policy in the next academic year. A ministry of education spokesperson welcomed the decision, according to Taiwan News.

A school official reportedly said the length of skirts allowed caused more heated debate than whether they should be allowed or not. The new guidelines state they must be no higher than 10cm above the knee. People often refer to Taiwan as the best place to be LGBT in Asia.
In 2004, it implemented the Gender Equity Education Act, which teaches LGBT anti-discrimination and LGBT sex education, and in May, Taiwan became the first in Asia to allow same-sex couples to marry.