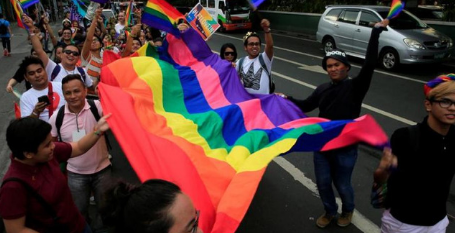 A member of the Philippines Congress this week reintroduced a bill to legalise same-sex civil unions in the Southeast Asian nation. Former House Speaker and Davao Del Norte representative Pantaleon Alvarez began his bid to recognise same-sex couples in the predominantly Roman Catholic nation in August 2017.

However, the bill, which Congress failed to pass in its last session, has been criticised by rights groups for failing to provide genuine equality.
‘Every day is a celebration of love and colors’ Alvarez wrote on Facebook. ‘Recognizing the desire of our people that it is about time the government grant couples, whether they are of the opposite or of the same sex, adequate legal instruments to recognize their partnerships, respecting their dignity and equality before the law,’ he said. ‘Let us keep those colors shining through our nation’. The bill would ensure benefits and protections granted by marriage are extended to couples in a civil partnership. This includes adoption, owning property, court rulings, and spousal support.