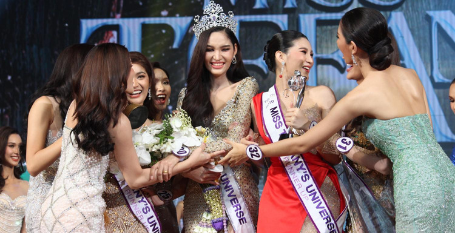 Transgender people more acceptable in Thai society according to poll

according to an opinion survey released on Sunday by the National Institute of Development Administration, or Nida Poll.

The poll was conducted on July 30-31 on 1,259 people aged 15 and over of various levels of education and occupations throughout the country to gauge their attitudes to transgender people on various issues including their demand to change their title and for an additional box to tick their alternative genders in officials documents.

This followed a visit to parliament last month by representatives of a group campaigning for a legal right to recognition for transgenders to push for a bill that would allow them to change their title after they undergo sex reassignment surgery.

Asked whether it would be acceptable to them if their friends or colleagues at workplaces are transsexuals, a huge majority - or 90.15% - said "yes", reasoning that people should be judged by their ability and conduct, not their sexual preference; 7.78% said "no", saying they are not acceptable to them; and 2.07% were uncertain or had no comment. In a 2015 survey, the percentage of acceptance was 88.72.