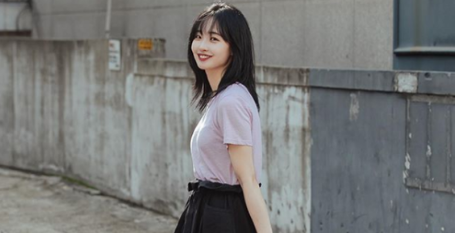 The 24-year-old, also known as Somhein, revealed to fans over the weekend that she had a girlfriend.

She also shared a picture of herself kissing another woman on the cheeck with the caption: ‘chu chu My girlfriend.’ - and days later, the singer shared another post, showing herself holding hands with her mystery partner, with the caption: ‘My lovely girl.’

Following reports that she was gay, Som Hye In clarified things on Instagram after someone asked: ‘R u really lesbian? I am so shocked rlly [sic].’ The Mini Radio singer replied: ‘I’m bisexual. And I have girlfriend now.’