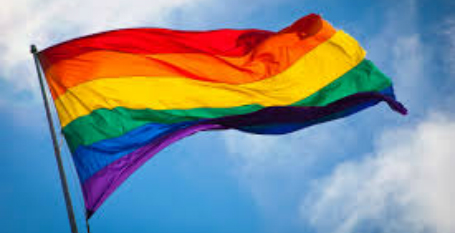 However, the study also found evidence of persistent stigma, discrimination, violence and exclusion.

Findings from a new national survey by the United Nations Development Programme (UNDP) reveal overall favourable attitudes towards the LGBT Community in Thailand and significant support for inclusive laws and policies.

Among the most significant findings of the “Tolerance but not inclusion: A national survey on experiences of discrimination and social attitudes towards LGBT people in Thailand” study was that 69% of non-LGBT Thais that were surveyed reported generally positive attitudes towards LGBT people. However, the study found that full acceptance of LGBT people remains elusive, especially by family and social networks, and in rural areas. Data showed that Thai people are more accepting of LGBT people who are outside of their family than within. 53% of LGBT respondents reported verbal harassment, 16% have been sexually assaulted and 42% said they have pretended to be straight to be accepted at school, work or at home.

The stigma and discrimination LGBT people face has consequences. 49% of LGBT respondents of the study reported that they have contemplated suicide, while 17% have attempted suicide. Nearly half of the LGBT respondents highlighted access to mental health services as a priority, but many reported difficulties accessing these services and discrimination in health care settings.

The study is the most comprehensive ever conducted examining the experiences of and social attitudes towards LGBT people in Thailand. It involved a survey with 2,210 participants from across the country, including 1,349 LGBT people and 861 non-LGBT people, and focus group discussions in Bangkok, Chiang Mai, Phitsanulok and Pattani.

“Even though there is an increasing acceptance of LGBT people in society and greater visibility in the media and public life, many LGBTI people experience abuse simply for who they are or whom they love,” said Renaud Meyer, Resident Representative of UNDP Thailand. “UNDP is committed to work with its partners, including government agencies, educational institutions, employers, health care providers, media outlets and civil society, to realize the recommendations from this study and further ensure no one is left behind in the achievement of the Sustainable Development Goals.”

Despite the troubling findings around stigma and discrimination, the study also revealed some positives. A majority of non-LGBT respondents supported equal access to services and benefits for LGBT Thais. More non-LGBT respondents support than object to same-sex unions, adoption rights for LGBT people, more than two options for gender identity in all official public documents, and lifting the ban on blood donations from men who have sex with men. A significant minority of around 20% of respondents did not feel strongly on these issues.

In terms of access to health care services, the study found that 16% of LGBT respondents overall had encountered one or more forms of discrimination at health care settings.

“Discrimination comes in many forms and LGBT people must face it one way or another, everyday in their life, whether it is from their family members at home, friends at school, co-workers at work or even by a stranger in a restaurant,” said Kittinun Daramadhaj, President of the Rainbow Sky Association of Thailand.  “Currently Thailand is in the process of finalising the 4th National Human Rights Plan and addressing violence and discrimination towards LGBTI people is one of the key areas of the Plan,” said Nareeluc Pairchaiyapoom, Director of International Human Rights Division, Department of Rights and Liberties Protection of the Ministry of Justice. “Data and key findings from this survey can help inform the development of the Plan and its implementation by the Ministry of Justice and other concerned agencies”.

The findings of the study point to the need for programmes and interventions that decrease stigma, eliminate stereotypes and increase knowledge of the consequences of stigma and discrimination towards LGBT people. To achieve this, the report provides recommendations for government agencies, educational institutions, employers, health care providers, media outlets and civil society, including actions that can establish equal rights for LGBT people, and support social and legal inclusion of LGBT people in schools, workplaces, health care settings and civil society, and contribute to the legal and social recognition of diverse sexualities and genders.

The study was supported by the Being LGBT in Asia and the Pacific programme in collaboration with a national survey reference group consisting of the Ministry of Justice, Ministry of Social Development and Human Security, the National Statistics Office, the National Human Rights Commission, LGBT civil society organizations and development partners.