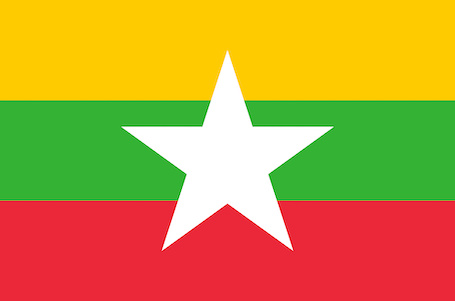 First openly gay election candidate in Myanmar: 'I didn't want to lie to get votes'

The first openly gay election candidate in Myanmar, Myo Min Tun, has vowed to fight police abuse of LGBT+ people if he wins.

The 39-year-old entered politics after transgender friends told him the abuse they suffered. In one incident, officers forced them to take off their bras and kneel before touching them inappropriately.

Myo Min Tun told AFP: ‘This was a violation of their rights. And I realised there’s no one in parliament to talk about this.
‘I’m doing this to be a pioneer for all LGBT people so they know we can be anyone we want.’

Indeed, LGBT+ people have long complained of police abuse, including wrongful arrests and beatings in his township of Aung Myae Tharzan.
So he is running for a seat in the regional assembly which governs the city of Mandalay, the Asian country’s second biggest city.