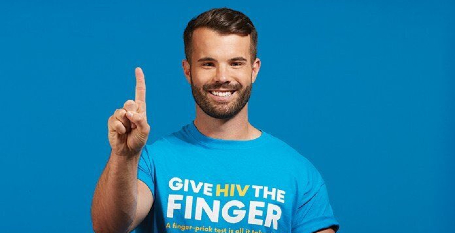 Out gay former Australian bobsledder and rugby player Simon Dunn has passed away at the age of 35. Dunn’s body was found in his Sydney apartment on Saturday morning.
Trigger Warning: This story discusses the death of a well know out gay sportsperson. For 24-hour crisis support and suicide prevention call Lifeline on 13 11 14. For Australia-wide LGBTQI peer support call QLife on 1800 184 527 or webchat.
Ruby Rose Management, Dunn’s agents, confirmed his passing.
Thirty-five-year-old Dunn was the first out gay male player to represent a country in the bobsled sport. After he retired from the sport in 2016, Dunn moved to London, where he once again picked up rugby. He was part of gay rugby teams including Kings Cross Steelers in London and the Sydney Convicts, after he returned home back to Sydney. Last year, Dunn was part of the Sydney Convicts team that participated in the Bingham Cup 2022.
Dunn was shortlisted for the Australian LGBTI Awards Sports Personality of the Year both in 2018 and 2019.
Police Were Called To The Apartment On Crown Street
NSW Police told Star Observer in a statement that they were called to the apartment on Saturday morning.
“About 10 am on Saturday, January 21, 2023, police were called to a unit on Crown Street, Surry Hills, after reports the body of a man had been found inside,” an NSW Police spokesperson said.
“The body is believed to be that of the 35-year-old occupant.  Officers from Surry Hills Police Area Command have commenced inquiries into the circumstances surrounding his death, which is not being treated as suspicious,” the spokesperson said, adding that the police would prepare a report for the Coroner.
Olympic Dreams, LGBTQI Advocate
In 2021, Dunn announced that he was returning to bobsled and his dream of participating in the Olympics. He had started training to be part of the Australian team for the 2022 Winter Olympics in Beijing. That journey was cut short after he ruptured a bicep during training and had to return to Australia for treatment.
In November 2022, Dunn and his partner of five years Felix Maisey-Curtis announced that they had parted ways. Dunn and Felix made headline news around the world in 2018 when they were captured kissing on the rugby pitch.
Dunn said that the couple had mutually decided to go their separate ways “after a rough year of personal loss.”
Simon Dunn and ex-boyfriend Felix Maisey-Curtis. Image: Instagram
“For me, my passion will always be working for my community and advocacy organisations plus exploring further ways I can contribute,” said Dunn, who was a vocal advocate of LGBTQI rights, GiveOut ambassador and an ambassador for Australian HIV charity Bobby Goldsmith Foundation.
Leaving A Roller Coaster Of A 2022
On Thursday, Dunn, who was active on social media posted a photo and captioned it “I think it’s time for another photoshoot?”, In recent days, he had posted about spending Christmas in the sun on the beach “An Australian Christmas just hits different,” and travelling on the Pride Cruise from Melbourne in December 2022.
On January 1, Dunn posted a photo with the Sydney Harbour Bridge fireworks in the background: “Oh hey 2023. Leaving a roller coaster of a 2022 in the past…”.
Simon Was Passionate About Giving Back To His Community
Ruby Rose Management said Dunn, who was adored by fans across the world, he leaves behind an amazing legacy.
“Simon was passionate about giving back to the community and volunteering, he gave his time, and utilising his profile, to help multiple charities. Like all great ambassadors, he had his favourites which included  Bobby Goldsmith Foundation, Give Out Day and Pride in Sport,” the agency said in a statement.
“Simon never said ‘NO’ to donating his time to any organisation who wanted to grow its Diversity and Inclusion footprint from Woolworths to Lion – helping them all to better understand their LGBTQIA+ employees and customers.
Simon represented us all, he always said “I am not the spokesman, I am just a gay white male telling you about my experiences, and experiences from those with whom I listened and learnt. The sharing of these stories gives us all an appreciation of what has led us to where we are today”
“The face of the global Gay Uncles Day, he has left his loving and supporting mother, sister and nephews& niece, the place he would go when he wanted a piece of reality, or just peace in his reality,” the agency added.

Olympic bobsledder and high-profile rugby player Simon Dunn has passed away at the age of 35. Dunn’s body was found in his Sydney apartment.

Dunn was the first out gay man to represent a country in the sport of bobsled. After he retired from competitve bobsledding in 2016, Dunn moved to London, where he played rugby. He was part of gay rugby teams including Kings Cross Steelers in London and the Sydney Convicts, after he returned home back to Sydney.

Dunn has been a high-profile advocate for the LGBTQ community - appearing in health campaigns in both the UK and Australia.

Sydney police have confirmed that they were called to Dunn's apartment and that his body was found inside. Police have said that the death is not being treated as suspicious.