Brokeback Mountain director Ang Lee said that he feels Asian audiences are more "accepting" of gay subject matters in films than American audiences. In the US, a gay media watchdog has criticised American Idol judges Simon Cowell and Randy Jackson for their questionable comments in the premiere. In Singapore, a court has spared a Thai transsexual drug dealer the cane in light of her post-op status. 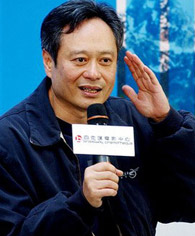 "Actually, if you compare the two, I think Asian society is more open," state-owned and operated China Radio International reported.

"I saw for myself - after the showing of The Wedding Banquet, Taiwan has become more open on this topic (of homosexuality) than the US," Lee told reporters on Saturday. He noted that his 1993 movie about a gay couple received a less restrictive rating in his native Taiwan than in the United States.

"I think there's pressure to condemn (homosexuality) in their (Americans') religion which causes their homophobia," he said.

"I feel sorry for them because they missed a good film. It's their loss. It's a small movie so we don't need to make that much money," he said.

He added that acceptance of gays needs to happen over time. "It takes education, gradually getting used to it (homosexuality), for us to become more civilised. I got used to it slowly too," he said.

The film, which costs US$14 million to produce, has however also faced resistance elsewhere in Asia. A Malaysian distributor has said it will not release the film in the mostly Muslim country.

Lee, along with Brokeback Mountain star Jake Gyllenhaal, will both be honoured with the Human Rights Campaign's Equality Award at this year's Greater New York Gala Dinner on 11 February 2006.

In Singapore meanwhile, Fridae and Shaw will present a charity screening in benefit of
Action for AIDS on 8 February 2006. [More info here.] 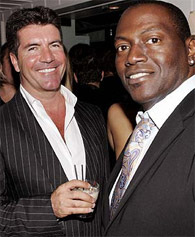 On last Tuesday's show, seen by a Nielsen-chart topping 35.5 million viewers, Cowell told one male contestant to "shave off the beard and wear a dress," because he would make a "great female impersonator" while Jackson asked another, "are you a girl?"

Damon Romine, Entertainment Media Director for GLAAD, said on January 19 that the group is "reaching out to the show's producers to discuss our concerns and the concerns of community members and allies who have contacted us about this matter."

In a January 20 statement posted on the group's web site, it said "the real offense here was in the producer's decision to add insult to injury by turning a contestant's gender expression into the butt of a joke."

GLAAD added that the two-way talks would continue with the show's network, Fox, which it hopes "will be a productive, ongoing conversation about the show's representation and discussion of sexual orientation and gender expression." Said an updated statement issued on January 23.

A spokesman for American Idol said Monday that Fox had no comment.

The Straits Times reported that Mongkon Pusuwan, who underwent a sex change from male to female a decade ago, was instead sentenced on Wednesday to six years in jail. Although her passport identified her sex to be male, a medical doctor who was called in concluded that she was a woman.

Mongkon, 37, pleaded guilty to charges including trafficking in cocaine and tablets containing ketamine after being arrested in December. Men who commit similar crimes can be sentenced to caning.

In Singapore, a citizen or permanent resident who has had a sex change operation will have her identity card and passport changed to reflect her new gender. The person might also enter into a legal opposite-sex marriage. Thailand does not permit transsexuals to change their identity cards and/or passports to reflect their new gender.