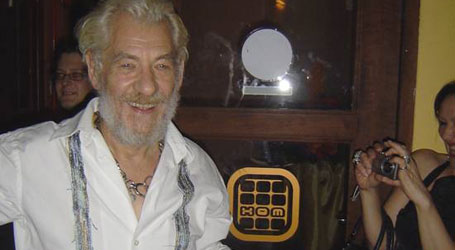 Mox, recently voted as Singapore's favourite gay bar at the Fridae �-List Awards, will soon be closing its doors, with a garage sale on Thursday 27 and a farewell party on Saturday 29 March 2008. Fridae reminisces with co-owner Toby Hui.

It's official. Last Monday, the management of Mox Bar & Caf� made the shocking announcement that their bar would be officially closing on 31 March. Mr Mok, the co-owner and engineer by profession; his partners, also holders of full time jobs, have considered keeping the party going in his absence, but what with high rental costs (double what they were when the bar opened) and a generally dwindling nightlife scene, they've decided to let it go.

He was practically on a plane for an overseas assignment when I got assigned this story, and being a man of few words, he refused a phone interview and instead delegated the responsibility to Toby Hui, a frightfully buff and well-dressed aesthetic physician who's been a business partner since the place opened way back in July 2003.

"We started it [Mox] because we were feeling there was an absence of a place where friends could actually just meet up to chill out in Singapore," Toby explained. "A place where you'd actually feel comfortable, not just for PLUs, but also for friends of PLUs."

According to him, the plan was for the whole of 21 Tanjong Pagar Road to be converted into a one-stop venue for gay people, with a restaurant and maybe a sauna or men's spa attached. Though the plan wasn't completely executed, the bar did end up sharing the building with Happy dance club (now taken over by Play) and the Attic, a performance space where Toy Factory Theatre staged a series of almost consistently gay-themed plays.

Surprisingly, the lounge bar got off on very good terms with the government. It was praised for being Singapore's first non-smoking bar (Toby was a doctor and none of the owners were smokers, hence the decision), and ended up being featured in the Anti-Smoking Campaign, in addition to hosting to the National Library events in the Speak Mandarin Campaign. The Library ultimately became such a devoted client for event rentals even after Mox became known as a predominantly gay bar.

In 2004, the second year of its operation, there was a boom in the gay nightlife scene - remember, this was the year Fridae's Nation Party first received major coverage from the media, as well as the last year it was ever permitted in Singapore. Good business meant that there was room to expand, so the owners took over the Attic and transformed it into the Bianco lounge.

It was also a year for forging new alliances in the queer community. Mox became one of the first venues for the Herstory lesbian parties, held every last Friday of the month - in fact, the first instalment of Femmequest, the organisers' renowned lesbian beauty pageant, was held there, and the winners did a performance at the bar as part of the pre-party at Nation. The gay Christian Fellowship Safehaven also began holding morning services on the premises (which stopped when the Straits Times did a blustering expos� on the shocking news that a church could be inside a bar), and Action For AIDS, which had been in touch with the organisers from the early days, held a component of their World AIDS Day Programme at Mox.

Just as importantly, a bar culture had developed. We were a place where people could come to chill after dinner or before clubbing," Toby commented. "If you were out alone you could drop by, but it was also always a good place to meet - the music was quieter, so it was easier to talk. It was a place you could actually communicate, not just stand and pose." One big selling point, of course, was the fact that there was never a cover charge: even if there was a performance going on, a group of people could sashay right in and pay for nothing more than the drinks they ordered.

"We were very extreme about non-discrimination," Toby added. "We weren't a leather bar, a dance club or a poseur bar, but somewhere where you could be yourself, notwithstanding your preferences or fetishes." Certainly, the customers covered a wide demographic of ages, styles and personalities, and the comfortable presence of straight people (who never received the evil eye) made Mox a good Internet dating venue for guys not quite out of the closet. The co-habitation of gay and straight even extended into daytime activities: Bianco ended up as a popular space to rent for straight wedding solemnisations, with cocktail receptions in the bar below, and at least one gay union took place there too.

It might seem strange in a place like Singapore, but I'll testify that a sense of community really grew in that place. We were familiar with the colourful staff: the silent partner who would distribute homemade Belgian chocolates at midnight, Filip the German server, and of course "hostess" and manager "Miss" Bernice(who was renowned to the extent that she was invited to Kuala Lumpur to act as door bitch for parties). Memorably, when Bernice decided to cut transform her/himself into Ben, her Farewell Party boasted a pageant of 30 drag-queens-for-a-night drawn from the clientele, come to camp it up and watch her cutting his/her hair short on video.

The growth of the gay activist scene allowed Mox to serve a greater part in the community. The space was leased for free to the Pelangi Pride Centre on Saturday afternoons (architectural alterations had to be made to accommodate the library), with community fairs for different queer social, religious and activist groups held periodically at the bar. From 2005, the IndigNation Pride Festival ran events in the space, including literary readings and the launch of the best-selling title SQ21: Singapore Queers in the 21st Century. Veteran activist and blogger Alex Au chose the bar as the site for a party celebrating the 10th anniversary of his blog, and the campaign to repeal 377A held a number of functions there. And who could forget the surprise visit by British actor-cum-gay activist Sir Ian McKellen, on the very night of Mox's fourth anniversary party last year? Starstruck clients spied him from the balcony above, entering with his entourage from the Royal Shakespeare Company's King Lear to be greeted by breathless pleas for autographs.

Despite the general slump, its business was actually improving this year - perhaps due to its ranking on the æ-List - as well as reaching out to a broader customer base: for some odd reason, more transgender clients have been coming in. But with the overheads going up, carrying on was just going to become a daily struggle. "It's more to cut losses," Toby told me, "rather than transfer the costs to the clients."

The owners haven't ruled out the possibility that they'll re-open elsewhere in the future, but for now it's a clear goodbye. A garage sale of the vintage furniture and fittings of the bar will be held this Thursday evening, 27 March, with self pick-up scheduled for Sunday 30th, on the off-chance that customers might want a memento of the bar.

And of course, an "End of the Rainbow" party is planned for the night of Saturday, 29 March, with customers instructed to turn up in their most colourful, celebratory clothes to bid farewell to the bar and drink up the stocks of liquor. Ben's told me that Bernice will be making a special one-time reappearance with a new 27-inch waist (thanks to the magic of the corset).

Who knows how long it'll be before there's another place like Mox? A neighbourly queer bar, that wasn't afraid of activists, generation gaps or breeders, that cared more about people than profits: it's achieved more in its four years than most nightlife spots manage in ten. Hopefully, we won't have to wait forever. In this web-linked world of ours, we need these spaces more than ever: clubs and bars that treat us queer people not as a market, but as a community.