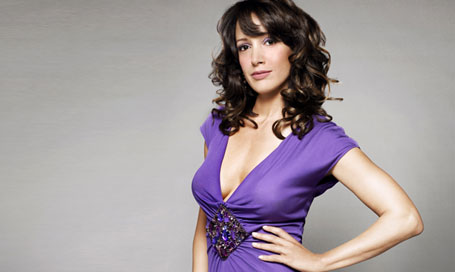 L Word fans: Brace yourselves as Showtime announced the sixth - and final - season of the groundbreaking series to be a short one comprising eight episodes, which will air in early 2009. Merryn Johns spoke to Jennifer Beals - of Flashdance fame - who plays Bette Porter in The L Word, life on set, and making 'sex face' with buddy Marlee Matlin.

This column was first published in the April 2008 edition of LOTL. Available online now.

LOTL: A LOTL correspondent spotted you in a Tokyo lesbian bar at an L Word event.

Jennifer: Oh yes, that was so much fun, everyone was so nice.

LOTL: How does it feel to have an international lesbian following?

Jennifer: What's interesting to me is not having an international audience for my own ego gratification, but to see how united the community has become. Yes, it can start with The L Word in some small way and then it goes to the internet and all these different communities are fortified. People are put into touch with each other and then the realization comes that you are one larger community.

LOTL: You might be aware that lesbians were starved of any kind of mainstream representation prior to The L Word.

Jennifer: Oh my gosh, completely invisible. I had no idea. First of all when I accepted to do the show I had no idea that there hadn't been a show done already. I had no clue that LGBT wasn't included in all hate crimes legislation. Everything's been one surprise after the next.

LOTL: How did the role come to you and was it a career gamble?

Jennifer: (Laughs) I was sent the script and was told to read Bette and Tina and see which one I responded to more. I thought I understood Bette more and had more to offer this character. And it doesn't feel like gambling. I just want to feel connected. I think that's what a lot of people are looking for, whether it's to another person or to something bigger than themselves. Even by being connected to another person that aspect of love and care magnifies you.

LOTL: Many actresses resist reading for lesbian roles and certainly hesitate before accepting them...

Jennifer: (Amazed) Do you really? Where do you read that? I don't hear that. Not people I know. You'd be out of your mind to turn down a really great part. (Thoughtfully) Maybe ... I am a hermit, so I don't talk to a lot of people.

LOTL: You're an evolved hermit, supporting LGBT rights including marriage. If you had a female partner would you want to get married?

Jennifer: It's a difficult hypothetical question. 'If I were gay' would make me a different person to start with so I don't know if marriage would mean much to me or mean more to me.

LOTL: Have you ever questioned your sexuality?

LOTL: That just makes you a better actor!

Jennifer: (Laughs) What's interesting is I think that because I haven't, I'm really secure in my own sexuality, it makes it easier for me to play something I'm not. I always learned in acting class that you first have to investigate what your own opinions are, sexuality, in this case - because if you have some contradictory emotions or opinions then it can get in your way. There have been instances where we've had some guest stars and cast members who were questioning their sexuality and it became a problem in sex scenes or scenes involving any kind of intimacy because they themselves weren't sure.

LOTL: In season four you meet and have a passionate relationship with Jodi, played by Marlee Matlin, a good friend of yours. Was that difficult?

Jennifer: Oh my God it's so difficult. We just laugh the whole time. It's so silly. She's the only person in the cast who consistently makes me laugh. I say, "You gotta stop. This is the story we have to tell. Go make sex face. Let's hurry up." 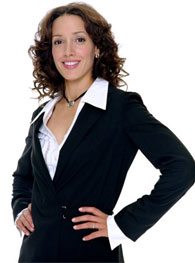 LOTL: You said you connect to Bette, especially when you put on cufflinks. Was playing Bette always easy?

Jennifer: The cufflinks are really helpful, and now it seems to come pretty easily, it's all more fluid. Early on in season one Bette was working on a show for the C.A.C. and there's this person outside petitioning, trying to get the show shut down, and I had to do this scene where I basically kicked them off my property. We went through the scene and no-one had told this actor that when I asked them to leave they were supposed to actually leave. So when we were done with the scene and I told her to leave, this actress didn't move. And it made me so unbelievably angry that I started pushing her across the set. And I thought, gee, I guess I am pretty connected to the character. I really didn't think that I was and all of a sudden when it came time, when there was room for improvisation, based on what had happened in the scene I felt very, very connected.

LOTL: Bette has an African-American father and Caucasian mother, like you, and you are both Yale graduates. If you hadn't become an actor, what would you have been?

Jennifer: (Pause) I probably would have done photojournalism - it's really interesting to me. But I can't really truly imagine what it would be like not to be an actor.

LOTL: What's it like on set? There was a report about one guest star not being happy.

Jennifer: Everybody is amazing with each other. The core cast is incredibly supportive of one another and it's like sisters, you know. There's a lot of pranks going on; if someone irritates somebody they tell them right away and it's dealt with very quickly... I've only heard one person was unhappy on the set and it perplexes me because whenever I'd see them on the set they seemed really happy.

Jennifer: Yeah, I mean, I had a good time with her and she seemed to have a good time on the set so I'm sorry she had a bad experience. But having said that, she came back on the show and everything seemed to be fine, so...

LOTL: If you could have any guest star join the show as your love interest, who would it be?

LOTL: Bette pursues Buddhism. What did you think of that storyline?

Jennifer: I thought it's interesting but it's obviously not in depth because its study is a huge endeavour and I don't see Bette doing it, taking it to heart. I think she's learnt a lot at the retreat but I don't know how much things stay with her in a moment of crisis. As is evident in Season 5...

LOTL: Some lesbians disapprove of the characters who seem improbably successful, rich, skinny and long-haired. What would you say to them?

Jennifer: Well, I think we're talking about a very specific group of lesbians in Los Angeles. And Los Angeles is a very different animal. You know, people do pay attention to the power of fashion and the power of the visual image. And secondly, we're talking about a group of lesbians who are represented on television. Sex and The City and Friends: I never met any people like that in New York either, but it's a television representation, not a documentary. I think it's always really great when people let their dissatisfaction be known because hopefully things can change. That's one of the beauties of the show; [lesbians] for the first time are being represented in mainstream culture and should be very vocal about how they want to be represented.

LOTL: If you had to move on from Tina and have a relationship with an existing cast member - who would it be?

Jennifer: (Longingly) I would bring Ivan back. I would go on a road trip and go search out Ivan and at least have a motel fling.

LOTL: You're really hooked on Ivan. What's Kelly Lynch like?

Jennifer: She's so sweet, but when she's dressed up as Ivan she becomes like this Johnny Depp goddess rock 'n' roll person.

LOTL: I think if they asked Johnny Depp to go on the show he probably would.

LOTL: Jennifer, thank you for your time.

Jennifer: Thank you. I have to say we're all very, very proud of the show and thrilled that it's gone on as long as it has.


The season finale of Season 5 was screened in the US on Sunday March 23. For more on the lows and highs of the entire season, visit lotl.fridae.com. Beware of spoilers.

L Watch
Showtime has renewed the drama for a sixth and final season, making it one of the network's longest-running series. Eight episodes will soon go into production for a 2009 U.S. premiere. Season 4 is now available from Wolfe Video and Amazon.