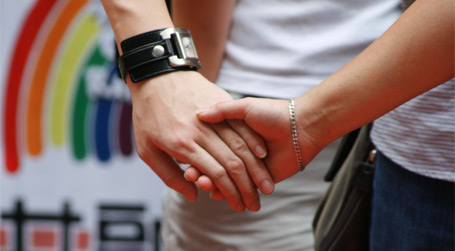 Towards inclusion in Hong Kong

What is it that the LGBT community in Hong Kong seeks and how may it achieve it? The Centre for Comparative and Public Law at the University of Hong Kong hosted a forum with the International Commission of Jurists (ICJ) on Saturday 26 April and flew in an impressive panel of eminent jurists to discuss these basic questions. Nigel Collett reports on the session.

Philip Dayle, of the ICJ's Geneva headquarters, moderated the day's first panel. He was joined by Yash Ghai, the United Nation's Special Representative for Human Rights in Cambodia (a renowned international jurist and co-author of some five national constitutions, currently working on another for Nepal). Other panelists were Jill Cottrell, of the United Nations Development Programme in Nepal, and Holning Lau, Associate Professor of Law at New York's Hofstra University. The panel based its discussions on the record of the development of law relating to LGBT issues worldwide, and on the current work being done in international human rights law, which has been largely encapsulated in an authoritative interpretation in the Yogyakarta Principles of 2007. There was full agreement that there was but one simple aim to be achieved worldwide: equality of all before the law.

Despite several reservations, the panel gave a decidedly upbeat message, based upon the belief that legal changes were everywhere following a pattern: firstly, the decriminalisation of same sex acts; secondly, the legislation of measures to combat discrimination; and thirdly, the enactment of measures to enforce equality, in partnerships, in family rights and in eligibility to all the benefits available publicly and privately to heterosexuals.

To many of the legal minds present this seemed almost an inevitable process, as it did to the keynote speaker who was not present, Australia's Justice Michael Kirby, who sent a recorded message. Yet this analysis is questionable. It is based heavily on western experience, and even for western countries ignores the historical and social changes which drove legal change: the permissive era following the sixties and the resulting revulsion in liberal democracies against legal oppression. It also ignores the specific cultural and political circumstances pertaining in the rest of the world. Jill Cottrell made this very clear in her discussion of recent developments in Nepal, where the Blue Diamond Society has recently won a court case in the Supreme Court establishing the existence of a third gender (that of the metiswho are commonly seen as effeminate, cross-dressing men), a first legal step towards protecting the LGBT community there, but one specifically tailored to match local cultural practice. Yash Ghai believed that legal changes in each country had to be pursued at times and in ways which would take into account local conditions. Depressingly, he warned that the climate affecting the human rights field was no longer as favourable to LGBT rights as it had been. From his personal experience, he characterised the UN Human Rights Council (which replaced the UN Commission on Human Rights in 2006) as 'cynical, opportunistic and with no interest in human rights,' and pointed to a lack of international mechanisms by which the Yogyakarta Principles could be introduced to national practice in the near future.

The second session made it abundantly clear that no clear blueprint existed which could apply to even such a developed society as Hong Kong, albeit that it was a jurisdiction that observed the common law. The panel of very distinguished local figures looked more closely at what had been achieved in Hong Kong and the prospects for the future. It included two barristers, Gladys Li, SC, earlier a Recorder and Commissioner in Hong Kong for the ICJ, and Philip Dykes, SC, earlier Chairman of the Hong Kong Bar Association and the lawyer who has successfully fought two LGBT cases against the Hong Kong Government (that of William Roy Leung in 2005, which overturned the discriminatory age of consent for same sex partners, and that of Yau Yuk-lung and Lee Kam-chuen in 2007, which overturned discriminatory penalties for public buggery between men). Also included were the Hong Kong Legislator, the Honourable Margaret Ng, who represents the Legal Functional Constituency, and Roddy Shaw, Chairperson of Civil Rights for Sexual Diversities and one of the principal activists on LGBT issues in Hong Kong.

The second panel's discussions brought the day down to earth. Whilst Gladys Li pointed to the undoubted utility of international human rights law, and Hong Kong's Basic Law which incorporates some elements of it, in implementing 'best and most enlightened practice' and Philip Dykes demonstrated from personal experience how this could be successfully accomplished, both Margaret Ng and Roddy Shaw emphasised the difficulty in moving the Hong Kong Government to take a lead on an issue in which it would prefer rather to drag its feet, blaming lack of social support, than comply with the international covenants it has signed. Margaret Ng was scathing about the Government's refusal to allocate resources to any of the anti-discrimination legislation of recent years (ordinances are already in place outlawing, to varying degrees, discrimination on the grounds of sex, family status or disability, and a bill on the subject of racial discrimination is in process). She described witheringly the Government's retreat into ever-extending studies to avoid the need for a decision. She felt strongly that Hong Kong's people had not been educated to see law as rights-based rather than rules-based, and that change would be difficult until they had been.

Roddy Shaw's presentation to the Forum demonstrated the slow pace of reform in Hong Kong since the start of moves to decriminalise same-sex relations in the 1980s. Of the three bodies he saw which might provide channels for progress, the Government, the Legislative Council and the Courts, he felt that progress was currently being made only in the last. It had not proved possible to use the current electoral system to create a block of Legco Members interested in LGBT issues or reform. The Government, headed by the current Chief Executive, Donald Tsang, was not interested in taking a lead on human rights issues, for ideological or financial reasons, and was lukewarm in creating any bill against discrimination on grounds of sexuality. The lack of seriousness with which the Government viewed the bodies which it had created to consult the LGBT community was shown by the inclusion in them of representatives of fundamentalist Christian organizations which actually advocated 'reparative therapy'. Only the successful individual legal cases of recent years had impelled progress. To Margaret Ng it was clear, though, that actions in the courts would never be able to replace political action in entirety.

So, despite the positive views given of the pressure of international human rights activity upon the Hong Kong Government and of the improvements made to Hong Kong law by occasional court rulings, it was clear by the end of the forum that no participant was able to provide an optimistic view of the speed of change here or a blueprint of the way it might be achieved. We should not, of course, have expected more. In reality, the process of reform will be one of slow, incremental change mirroring the gradual maturing of Hong Kong society. That will inevitably take a good deal of time and will not be guided by models extracted from the West.

Nevertheless, the continuing academic and legal activity on behalf of Hong Kong's LGBT community is encouraging. The academic and legal worlds provide Hong Kong's two soundest champions for LGBT rights, and the continuing series of legal cases and of academic programmes in the universities is at the very least keeping the subject of LGBT rights alive and at best providing a route for real legal change. In the academic world, there have been several conferences in Hong Kong in recent years on the subject of international work on LGBT law and rights. Departments other than the legal continue to offer occasional programmes with LGBT themes; University of Hong Kong, for instance, recently hosted a seminar by Dr Anita Lee on the hugely successful film Brokeback Mountain. In the face of Government indifference, societal conservatism, fundamentalist Christian opposition and the reticence which continues to afflict the large part of Hong Kong's commercial world on these issues, the legal and academic professions are two champions of which the Hong Kong LGBT community will continue to have a real need.