Taipei's David S., one of Asia's top circuit DJs, will hit San Francisco as part of the Nation Promo Tour on Sept 1 and 3 at Club Dragon Eight and Mezzanine on Sept 3.

Kicking off the Labor Day weekend in San Francisco with a bang, David S., a favourite among partygoers in the Asian circuit scene, will spin at Club Dragon Eight - the Bay Area's hottest gay Asian Friday night party - on Sept 1 and Matinee@Mezzanine on Sept 3, as part of the Nation Promo Tour. 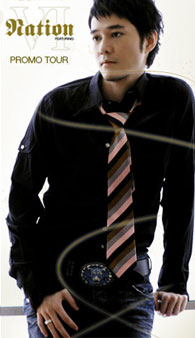 DJ David S., a favourite among partygoers in the Asian circuit scene.
In association with Fridae, Matinee will also feature the legendary DJ / producer Peter Rauhofer, who has remixed everyone from Madonna to Yoko Ono, for an extended hours Labor Day special with an opening set by local resident DJ Luke Johnstone.

Held from Oct 20-22 in Phuket, Nation.VI is Asia's most renowned gay and lesbian party and will feature David S. playing alongside Victor Cheng (Taiwan) and Kate Monroe (Australia) at the closing party on Oct 22, two-time Grammy Award Nominee Tony Moran at the Danse Royale party on Oct 21, Argentina-born LA-based De León at the Military Ball party on Oct 20 as well as W@Nation, an extensive women's programme held during the same weekend.

Rising from Decadence Hong Kong; and G5, Wonderland, Follow Me in his home base Taiwan; David S. has spun twice at Nation and Paradise Ball in AgeHa Tokyo and toured Korea, Malaysia, and Philippines. Currently David is the prima DJ for HX production HK, and resident DJ for In House, Room18, and Soda under the agency of BK William Studio in Taiwan. He has also released studio works "Nation.04" and "Housequake!!!", which promises to bring you a wicked house favour from old school to the progressive killer.

His latest project: Catwalk, a fashion show inspired compilation which includes tracks: Talk (Coldplay), Just Let Go (Fischerspooner), A Pain That I'm Used To (Depeche Mode) and Ooh La La (Goldfrapp) among 25 others, will be released on August 25.

The 2-CD set, which is a collaborative effort with fellow Taiwanese DJ Blueman, will be available online on the Fridae Shop soon.

David S. has also just been booked to play at Fridae's SnowBall to be held in Taipei this December.

Get your tickets to Matinee at a special discount of only $15 (usual $30 door/$20 advance) for the first 50 who purchase your tickets online. Click for more. 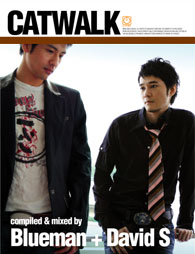