Singapore's golden girl of swimming, Pat Chan, will take to the stage on Friday, March 26 to showcase her other less known talent - singing.

Many know Pat Chan as Singapore's golden girl who brought sporting glory to the country with her stunning swimming victories in the late 1960s. With 39 gold medals (no silvers no bronzes) over five consecutive South-East Asia Peninsula (SEAP) Games, silvers and bronzes from Asian Games, representing Singapore in two Olympics and numerous other international sports events, she was also Singapore's Sportswoman of the Year for five consecutive years from 1967-71 until the council 'banned' her from winning any more. 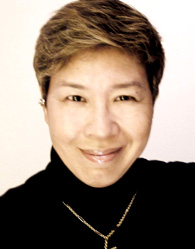 In the mean time, she talks about her passion for singing and growing up in one of Singapore's leading sports families.

æ: Tell us a little bit about your upcoming performance "A Little Night Music?" What can the audience expect?

pat: It'll be a warm, funny, fun evening of songs and laughs with friends. You'll have a good time - it's like an after dinner, pre-rave chill thing.

æ: It mentioned 'friends.' Other than Andrea Teo, who are the other mysterious 'friends' whom you are going to perform with?

pat: Friends I've sung with from the past, friends I still sing with and unexpected appearances by people you didn't expect to sing! Unexpected songs sung by people you know. Friends who'll share the stage: Mark Chan (he's my brother, I call him Marko), Bob (Robert) Fernando, Clement Chow.

Like the title of the evening's show says… there'll be friends… on and off stage. And even if you didn't know a single soul at the beginning of the night, you'll find them by the end of the show.

æ: You are known for your swimming prowess having won numerous Singapore and Asian championship titles. How and when did you discover your passion for singing?

pat: Actually, it's funny thing I guess when one aspect of your life overshadows the rest. Been singing for years - since school and the mid-'80s with a group called Stardust from which spawned some of Singapore's best performers - Mark, Jacintha, Clement, Bob Fernando, Gingerbread's Ann Hussein, Farid and Faridah Ali. Also written and produced some plays and musicals. Haven't done them in a bit, though.

The passion thing kinda was always there. Helps a heap when you can belt out in shower… or in fact any reverberating room! Oddly, I could never figure out the karaoke thing. Hmmm… æ: You come from a sports and musically inclined family and we also know your sister Vicky and brothers Alex and Mark (who is now an accomplished singer-songwriter -musician) were also national swimmers who had represented Singapore in international competitions. With your father (the late Dr Chan Ah Kow) being your swimming coach and said to be one of the best swimming coaches in Asia, what is it like growing up in a family that sings and swims?

pat: I come from a high-achiever family. It was always competitive, creative and challenging. We were brought up to test convention. It wasn't just sing 'n' swim thing. In my father's words - "whatever you do, be good at it or don't waste your time." It's pretty much a credo that's carried me through life.

æ: How has that phase of your life shaped you to become what are you today?

pat: The disciplined childhood I had has been an invaluable experience. It's ingrained in me self-motivation, innovation and creativity. Dad was also a very principled man and it's a terrific set of values to bequeath your kids. We carry those fundamental principles in my pocket and it so often gives me a reliable compass to guide me through tough times.

æ: Other than singing, what are your other hobbies and how do you spend a typical weekend?

pat: I'm mad about golf, having discovered and picked up the game two years ago. It's expensive to play in Singapore so we do it less often here - unless I get invited to play at the various local clubs. I trot over to Malaysia with my pals or ferry over to Indonesia for games. The big future for golf is in quality public courses; we could do with a couple more here.

Weekends are chill out windows. Grab them to catch up on friends, devour reading material, chow down, movies, theatre, shop some… whatever comes along.

æ: Who are your favourite singers? In what ways do you relate to them?

pat: Too many to name. Am into incredible voices rather than a particular style. Jazz of course I love. Opera for sure. Have also always been into ethnic music - root of a lot of music now. Can't figure metallic anything. Hard, metallic, acid rock is a "huh??" for me.

æ: While growing up, who were your personal role models and why?

Mostly men and women who've had and have the courage to stand their own ground - gritty, bold with a heap of self-integrity. Katherine Hepburn, Audrey Hepburn (because she's so absolutely beautiful inside and out), Golda Meir. Nelson Mandela, JFK…Like Angelina Jolie - they have that same "live your life the best you can, and the way you want to" honesty. Few do these days. Many sell out for softer options.