An online petition protesting the negative and stereotypical depiction of homosexuality on a Singapore television channel has garnered over 200 signatories over the weekend.

In response to a TV programme, Crunch Time 2, which is supposedly based on a true-life story of a gay man who underwent counselling and eventually went on the "right path," i.e. getting married and having a child, more than 200 people have signed an online petition protesting the programme's negative depiction of homosexuality. 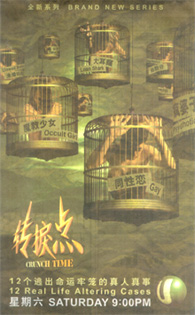 The 30-min programme also featured an interview with a spokesman from Choices, a Christian counselling group that helps "straighten" out gay lives, including the protagonist of the programme.

The petition also objects to the programme enforcing the misconception that homosexuality results from having an unhappy home, parents who constantly fight and being sexually abused. In his case, he was probably no more than 10 when he was asked by an adult female to perform sexual acts with a girl his age.

The petition proposes that Channel U, which is owned by Singapore Press Holdings, the main newspaper publisher in the city-state, rectifies the situation by producing and airing a current affairs programme that portrays homosexuals in a fair and balanced manner.

In related news, the latest edition of The (Singapore) Sunday Times ran a full-page feature on an ex-transsexual who changed his mind about having a sex-change surgery after receiving counselling from Choices.

On Monday, The New Paper, Singapore's highest circulated tabloid, ran an article headlined: "My boyfriend is a conwoman." The report tells of a "man" who borrowed S$90,000 from "his" girlfriend's family only to have her true gender revealed at the police station after the girl's relative made a report. Both publications are owned by Singapore Press Holdings.