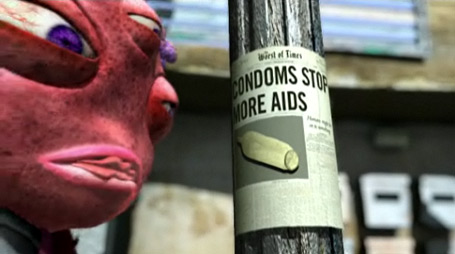 Mr HIV and the fight to save the humans

Standard Chartered Bank has launched "Anti-HIVirus software", a campaign to address protection methods against HIV/AIDS and dispel myths about the disease in a series of six short animated videos.

The campaign web site www.vir.us is part of Standard Chartered Bank’s commitment to the Clinton Global Initiative to educate one million people on HIV and AIDS by 2010. 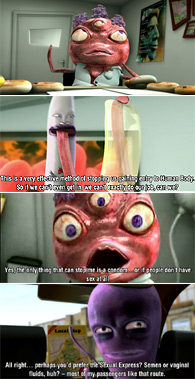 www.vir.us also incorporates hard facts about HIV and AIDS; blogs from the Bank’s HIV Champions in various countries; a real time counter; an interactive map tracking the number of people protected through the website; and features partner organisations working with Standard Chartered on HIV education.
“As there is no cure or vaccine for HIV, the only way to tackle the virus is to prevent new HIV infections – either by stopping people getting the virus in the first place, or preventing people who are HIV+ from passing it on. Education is a key component in achieving this: knowing the facts allows people to make safe lifestyle choices,” said Vanessa Green, who heads the Standard Chartered's HIV and AIDS education programme.


According to the press statement, the campaign is aimed at providing information to the 15-24 year old population, who account for 45% of new HIV infections globally.

The bank, which has operations in over 70 countries, in 1999 launched “Living with HIV” a workplace education programme in response to HIV-related employee absenteeism in one of the Standard Chartered’s African markets. It is today an award winning programme; the latest being Global Business Coalition’s Community Investment Award (2009).

Since 2003, all its employees (currently over 70,000 globally) are required to complete an online e-Learning module available in 10 languages and face-to-face workshops conducted by a co-worker. Known as an “HIV Champions,” over 1000 employees volunteer their time to educate their peers in the Bank and with external organisations about HIV-including components on reducing stigma and encouraging people to get tested for HIV.