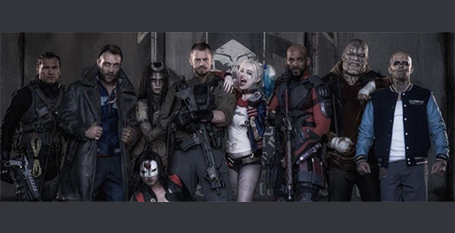 A quick taste of the latest action movies

There’s nothing like a good action movie to get the heart pumping and your blood racing, so here we’re going to multiply that by three with the latest movies in this time honoured genre. We’ll be featuring a long overdue graphic novel realisation, the reboot of one of the most famous Westerns ever to hit the big screen, and the second installment of a franchise that could be gracing cinema screens for many years to come.

Oh yeah, here it comes. Screen realisations of graphic novels are fairly commonplace, but this particular iteration has been long anticipated. In a genre known for laying bare the dark sides of humanity, Suicide Squad is one of the most blackly comic, violent and action-packed of them all.

Set to launch in Singapore cinemas on the 4th of August, it stars Will Smith, Margo Robbie, Jared Leto and a host of other talented individuals under the direction of action legend David Ayer (Fury, End of Watch, Street Kings).

When a mysterious threat to humanity is uncovered, a group of incarcerated super villains are offered clemency for their crimes by a secret government agency if they take on a series of impossible-to-achieve black ops in order to save the world.

Not an easy remake at all. How do you take one of the most revered Westerns ever made and make it relevant to today’s discerning cinema audiences? You gather together Denzel Washington, Ethan Hawke, Chris Pratt, Vincent D’Onofrio and a multitude of Hollywood action elites and put them under the guiding hands of director, Antoine Fuqua, known for films like Training Day and The Equalizer, and scriptwriter Nic Pizzolatto, creator and scriptwriter of True Detective.

The end result is truly breathtaking, and not to be missed.

The tale of a group of outlaws hired by townspeople to protect them from an evil industrialist, it features spectacular action sequences, razor sharp dialogue and a brilliant soundtrack.

Lee Childs’ Jack Reacher novels are some of the most popular, hard-core action books ever written. There are now over twenty in the series, and as this is only the second film version, so we’re sure to see many more in the coming years.

The first film starring Tom Cruise was released in 2012 and enjoyed reasonable success at the box office, even though die hard fans of the books reacted badly to the fact that Cruise is somewhat height-challenged and the fictional Reacher is close to the two-metre mark.

Due to be released on the 27th of October, this latest installment is highly anticipated.

Set four years after the first, Reacher returns to his old military unit to discover that he’s been accused of a 16-year old murder, which is only part of a much larger conspiracy.

There’s a lot to see and do at the movies, so check out the latest movies showtimes and get in on the action.