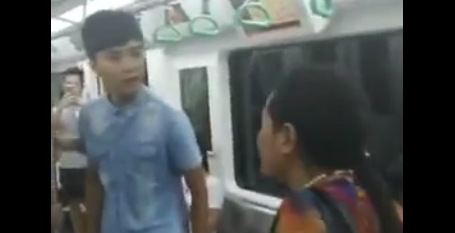 A marriage proposal between two men in the Chinese city of Chengdu was met with a physical assault by a female observer, according to the Global Times.

In a 82-second clip uploaded to social media, one man with a bouquet of roses is seen kneeling in font of another in a proprosal of marriage.

The happy moment is cut short, however, when a middle-owan takes objection to the display of affection and attacks the couples' friend who defends their actions.