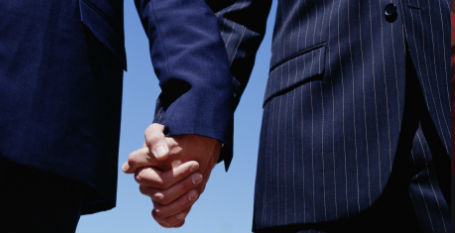 2015: The Year of Pro-LGBT Businesses

As we begin a new year, we know that now, more than ever, America’s largest employers are embracing LGBT-inclusion as a best business practice.

Protections for employees on the basis of sexual orientation and gender identity are non-negotiable. With these standards, universal progress and increased visibility is possible for all companies and LGBT employees.

HRC is not the only one to believe that 2015 will be the year of pro-LGBT business.

Jonah Sachs wrote in The Guardian, “Pro-social brands are the next step for companies looking to morally engage with consumers. Driven by marketers who are moving beyond claims of sustainability and into strong stands on relevant social issues, this trend picked up momentum in 2014. It will be positively explosive in 2015.”

As companies increasingly adapt a pro-equality stance, so too does the rate of change increase. Sachs also argued that taking a pro-social stance publicly favors the companies’ employees, creating a safer and more opportune workspace.

Our work, however, is not done. While the number of businesses is expected to increase as more and more business come out in favor of LGBT equality this year, our nation’s federal non-discrimination protections are lagging behind. Critical cultural shifts need to take place to foster inclusion and America’s leaders should act as examples of leaders in equality in progress.

Working together with businesses, corporate leaders and LGBT communities, we know that in 2015 we can achieve greater equality than any year before.