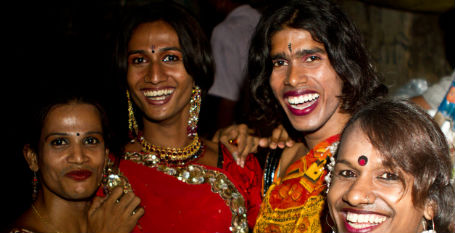 Delhi University has officially accepted transgender men and women for their postgraduate programmers this year and have plans to extend this policy to undergraduate courses as well.

Around 90,000 candidates had applied for various postgraduate courses this year of which nine were from the transgender community, according to Delhi University officials.

The change accepting transgender men and women in undergraduate courses will take effect from the next academic year (2015-16) after it introduces space for the third gender in its application forms, reported timesofindia.indiatimes.com.

“We had planned to start transgender admissions in undergraduate courses from this year but could not do so due to administrative reasons. From 2015-16 academic session, we will be introducing the third gender option in centralized admission forms and also make necessary policies for their admission,”  the university’s registrar Alka Sharma toldtimesofindia.indiatimes.com.

Sharma pointed out that his university’s “transgender initiative” was taken before it had received any direction on the matter from the University Grants Commission that had issued a notice asking varsities to include transgender men and women in various scholarship and fellowship schemes.

This comes in the wake of  the April 15 Indian Supreme Court ruling that transgender people be recognized as the third sex, be accorded social acceptability and an equal standing under Indian law.

It also directed that the government include them as a socially and economically backward class eligible to various affirmative action accorded to other marginalized sections of society.

Before that ruling transgender people were never assigned to any federal government department nor part of the welfare, economic, cultural or political decision process that every Indian should be part of. They were even barred from receiving driver licenses, national tax system registration and ration cards.

“It a step in the right direction. It really empowers people and makes them feel they are part of mainstream life. But there has to be a sustained campaign to understand transgenders, their issues and sensitize the society,” said Anjali Gopalan of Naz Foundation.

The university has to involve the transgender community itself so that they are not made to feel like outsiders and also ensure some mechanism for the protection of transgender men and women  from harassment  because of this “sudden inclusion after exclusion,” she added.

A few Indian states such as Tamil Nadu, Andhra Pradesh, Kerala and West Bengal already had rights for transgender men and women. However the Supreme Court’s ruling will have a national impact.