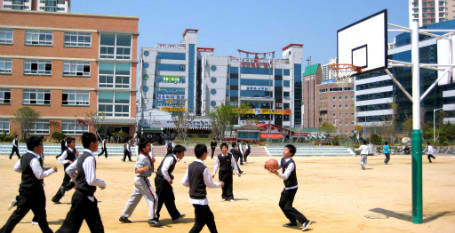 LGBT activists and civic society groups have hit out at South Korea's education policy after the ministry confirmed it would not be including homosexuality or transgender on its new sex education policy guidelines.

"The Education Ministry should discard the sex education guidelines which only promote discrimination and prejudice against sexual minorities and should opt to give LGBT-inclusive education," they said during a press conference according to the Korea Herald.

The government said they were reluctant to introduce LGBT topics into the curriculum due to pervading conservative anti-LGBT sentiments and defended the policy as mere guidelines and that teachers were able to talk about homosexuality at their own discretion.

Bringing LGBT topics into the classroom requires a social consensus and long-term discussion to include homosexuality in its education curriculum, it said.